Why Your Doctor or Endocrinologist DOES NOT YET Recognise Adrenal Fatigue 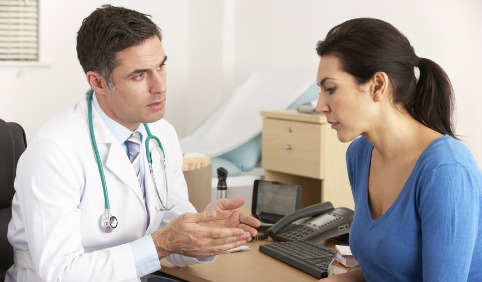 I was feeling desperate.  I wanted to know what was going on with me. I sat there listening to my doctor feeling frustration and anger building up inside of me and that was not what I needed.  My doctor had just told me that I was essentially fine, there was nothing of major concern on my blood test results and that perhaps I should exercise more.

The intensity of how misunderstood I felt went through the roof.  It was March 2011 and I was experiencing a myriad of debilitating symptoms that were not getting any better.  These included but unfortunately were not limited to:

I had always been fit and healthy, so a doctor telling me there were no major issues going on and that I should exercise more felt like someone was playing a very cruel joke on me!  All I could think was, you must be kidding me!

How could all these symptoms just be nothing when I had not had them before?

I Resorted to my Own Research to Gain an Understanding

Enter my own very important, inner guidance system (and you need to trust yours too!!).  I researched and researched until I was sure!  And I had discovered the work of Dr Michael Lam and Marcelle Pick by that time.  I did indeed come to realise that I was dealing with severe adrenal fatigue.

Later on that year a visit to a naturopath confirmed this to me as she did a live blood analysis and looked at more recent blood test results.  She explained that the patterns that showed in my various blood levels and the live blood analysis indicated many common markers from the effects of stress, and it all tied in to the symptoms I was feeling.

Why Did My Doctor Discount What I Was Feeling?

It appears that the mainstream model recognises two conditions when it comes to the adrenals – Addison’s disease and Cushing’s Syndrome.

“Addison’s disease, also called adrenal insufficiency or hypocortisolism, is a rare, but recognized disease, in which the adrenal hormonal output falls below a level that meets established clinic paramaters.  It is diagnosed with blood testing and if results are abnormal we know the adrenal glands are structurally dysfunctional and the patient needs lifelong steroid replacement.

Do not confuse this with Cushing’s syndrome or primary hypercortisolism, where the opposite occurs, with chronic over-secretion of cortisol.”

So the thing to note here is that with Addison’s disease and Cushing’s syndrome there is an actual dysfunction in the structure of the adrenal glands, but with adrenal fatigue or Adrenal Fatigue Syndrome as Dr Michael Lam prefers to term it, there is no structural issue, and that is why doctors and endocrinologists disregard there being any issue with the adrenal glands.

There is an issue however, with the way the hormones (especially cortisol) are being released from the adrenals, but I have discovered that because that doesn’t show up in a mainstream laboratory report such as a blood test, it is not possible to give it a disease classification and it is not recognized.

The thing is adrenal fatigue is a set of signs and symptoms, but I am still absolutely dumbfounded that doctors are not recognising the effects of chronic stress on a person’s system before it’s got to a disease state.

I Found Consistent Statements from many Health Practitioners

“Unfortunately your health-care practitioner is likely to ignore or dismiss adrenals as the source of your problem unless you are suffering from either Addison’s disease, in which your adrenals severely underproduce, or Cushing’s Syndrome in which they severely overproduce.  But if your adrenal imbalance is less extreme – your practitioner is unlikely to recognize your condition.”

“Mainstream medicine doesn’t believe in adrenal dysregulation.  Most doctors will likely dismiss you.  They’ll say your adrenal glands are fine or in failure.”

Dr James Wilson who wrote “Adrenal Fatigue: The 21st Century Stress Syndrome” back in 2000 had a very eloquent explanation in chapter 7 of his book on why medicine has not recognised adrenal fatigue. He explained that

“In fifty years the tremendous influence of pharmaceutical and insurance companies has completely altered the practice of medicine and, as a result, the emphasis in physician training and health care has changed radically.  A doctor’s acute skills of observation, physical examination and deductive reasoning, which used to be considered their most essential diagnostic tools, have now been replaced by reliance on narrowly interpreted lab tests and lists of numerical diagnoses allowable by insurance plans.”

“If an illness does not show up clearly on a lab test or fit a diagnostic code, and if there is no known surgical or drug treatment for the symptoms, then it is as though the problem is not real.”

Unfortunately, since 2000 these kinds of situations have only increased with pharmaceutical companies having a big say in the way that doctors operate. But doctors could continue to learn so much from their patients if they really took the time to thoroughly understand their patients signs and symptoms so they could really get to the root of the issue.

“Even when identified, many healthcare professionals believe that no recovery protocols exist and perhaps tell their patients to relax and manage their stress.  Often adrenal fatigue syndrome is thought of as a condition of the mind only, and doctors prescribe antidepressants.  Adrenal fatigue syndrome also is commonly tied to thyroid gland disease and many doctors order thyroid replacement drugs.  Unfortunately, these treatments often have the root causes unresolved.  As a result, the condition worsens over time, sometimes for months but often over years and even decades.”

Here in Australia, a doctor’s appointment is scheduled for only 15 mins, and some of that time is for them to complete administrative requirements from the appointment.  I understand this is similar in the United States.  Quite honestly, this doesn’t leave a realistic chance for a physician to really understand what is going on for you.

Is Adrenal Fatigue a Misleading Name?

I believe that some of the issue with how mainstream medicine views this is the name “adrenal fatigue”, for it perhaps doesn’t best explain what is going on.

This imbalance really starts with “The Stress Response” which begins in the part of the brain known as the amygdala and the end result is the imbalanced way that cortisol and other stress hormones are released from the adrenals.

From there a knock on effect in many systems of the body is set off, much of which comes from the hormone, cortisol not being able to do its job properly.

The adrenal glands are really just carrying out their job from the messages given from other parts of the body and are making adjustments as necessary given the instructions of “The Stress Response” which has started in the brain.

“Adrenal Fatigue Syndrome is a part of the body’s overall continuum of neuroendocrine response to stress.  Therefore perhaps the most suitable name for this condition is stress-induced neuroendocrine syndrome (SINS).  This name alerts us to the cause of the condition being stress-induced.  It also points to the neuroendocrine system’s response to stress as the mechanism of the resulting pathophysiology.  It allows the inclusion of adrenal related signs and symptoms, and does not exclude non-adrenal related symptoms as part of the overall clinic presentation.”

There are many more appropriate names for adrenal fatigue that have been suggested, to help explain this better.  For example,

It would be very useful for mainstream doctors to let go of attachment to the term “adrenal fatigue” for they often say that the adrenals can’t be fatigued.   Ok maybe not, but the body sure as hell can be stressed.

My Message to Doctors and Endocrinologists

This is where our naturopaths, our nutritionists, our functional medicine practitioners, our homeopaths and so on come into play.  For they are not looking at someone simply as “healthy” unless they have a disease.

They are not letting you sit it out until your lab reports show up in the disease state and then do something.

No, they are looking at all those many stages inbetween and helping to shift the pattern with the body, mind and emotions (ie in a holistic way), to help address what is going on, before the patterns of stress do create a disease state in the body.

This is a Holistic Healing Process