Why the Term “Adrenal Fatigue” Gets a Bad Rap 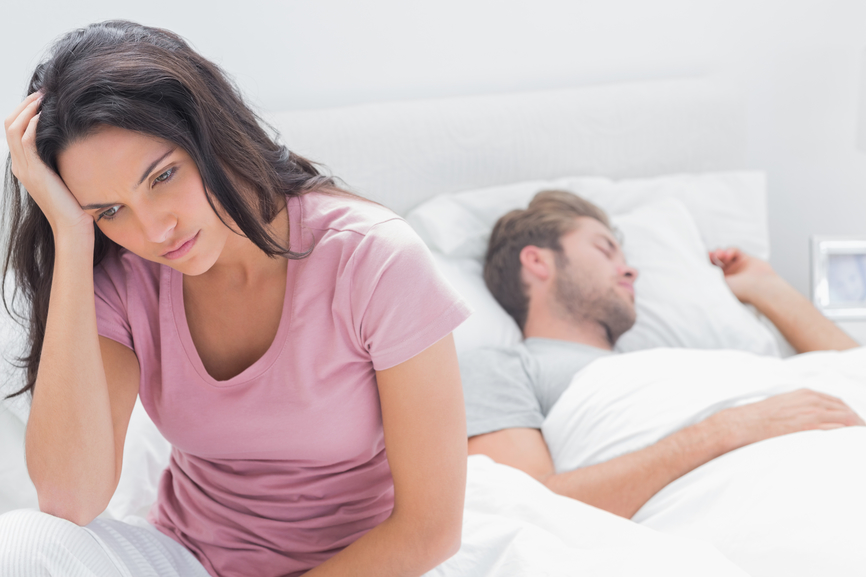 It’s very likely that you have one or more people in your life who tell you that adrenal fatigue doesn’t exist, or they look at you blankly when you try to explain it.

This person could even be you as you try to understand what this is all about and how adrenals can supposedly become fatigued when the world of science says it’s not possible.

I’m not sure who first termed this “adrenal fatigue” notion, but boy am I starting to wish there was a different name for it that was recognised by the mainstream medical world.

So down to business here, the issue is that mainstream medicine has different ways of “testing” a person’s “health” than natural health practitioners or integrative doctors.   While each camp certainly has their place, on the topic of adrenal fatigue common ground has not been met.

What About Simply Acknowledging Chronic Stress and its Effects on the Body?

What is undisputable is the fact that stress, especially chronic stress has an effect on the delicate functioning of our bodies. When the functioning is off, there are an abundance of signs and symptoms that tells us this is so.

I believe the “adrenal fatigue” term came about because essentially this chronic stress creates a change in the way that hormones are released from the adrenal glands. More stress hormones get released and the calming hormones are not released as freely.

While there are many symptoms that can result from these hormonal changes, one of the biggest effects is a debilitating fatigue.

So while it is not the adrenals themselves that get fatigued, it is really just a term that tries to encompass all that is going on. What I find most bemusing however, is that doctors, endocrinologists and other health practitioners who believe this supposedly does not exist, are not looking more deeply at what the effects of chronic stress are having on someone.

The thing is that many people’s bodies are reacting with similar signs and symptoms as a result of stress.

I know from first hand experience that for at least a full year, I was experiencing chronic levels of stress while trying to release myself from the business I was bound to and the relationship I was in. I could feel the stress activating in my body many times a day, with clues such as feeling a significant tension in my head (my blood pressure rising), extreme muscle tension and tightness, an increase in my heart rate, feeling anxious and shaky and struggling to be able to get an easy breath in.

I didn’t realise at the time what this was actually doing to me.  I had always been so fit and healthy and I didn’t have cause to consider that this was in fact having a profoundly negative effect on me.  The repetitive nature of what was going on was however going to very quickly tell me otherwise.

A Stress Response was Occuring

What I experienced was effectively a stress response reaction in my body which is set off in the amygdala part of the brain. I know that I was setting off this stress response as a result of my worry about how to get out of the business, the emotional abuse I felt from my then partner and the stress and tiredness I felt from overworking.

This stress response is supposed to be a short term thing, alerting us when there is danger and we need to fight or flight. But if this is going off all too often, stress hormones such as cortisol get released far too often creating a whole range of symptoms which can quickly become debilitating if left unaddressed.

The Function of the Stress Hormone, Cortisol

Some of the functions of cortisol are blood sugar regulation and immune system support and I doubt very much that it was an accident that I had a lot of issues with blood sugar imbalances and many respiratory illnesses like colds, throat infections and flu’s.

There is nothing non-existent or supposedly weird about this. The stress response in the body is a very physiological response and if it is going off constantly then of course there is going to be a knock-on effect in the way that the body functions.

These signs and symptoms that come about are loosely referred to as “adrenal fatigue”.

Doctors and health practiioners in the know about this recognise that “adrenal fatigue” may not be the best term but instead focus on what needs to be done in order to support a person in bringing their system back into a more balanced state. They also understand that it is very important to look at what is creating this chronic stress response in someone so that the pattern does not keep repeating itself.

To those who are saying adrenal fatigue doesn’t exist, yes the term is not great because that is supposedly scientifically not “proven”, but please look beyond a narrow way of looking at this, and focus instead on how stress is undoubtedly affecting someone’s body and the very common signs and symptoms that are showing up in so many people. That is the point of it all.

We are living in a world where chronic stress is affecting so many of us, and that is what we need to address.

Our Bodies Know Best, Before a “Disease” Classification Code Has Been Created

Yes, doctors don’t have a neat little code of disease classification, but the thing is most disease states are preceeded by the results of too much stress in a person’s body. Many health care professionals in the mainstream world are discounting many of the signs and symptoms that are going on for someone before a disease state occurs.

They look at their laboratory results for you and if you are in the normal range you are healthy. They may as well say, we know there are things going on that are likely heading you into a disease state if you don’t change them, but I’m afraid that we don’t have a laboratory test that will tell us that there is any issue going on right now.  We can help you when you have fallen out of the normal range.

Am I exaggerating here?

Well, in many cases I don’t think I am.  I think the mainstream medical world does a wonderful job with areas that need immediate attention to get someone out of crisis, but when it comes to what is needed to maintain a healthy system I don’t believe they know what they are doing.  Doctors are trained to look for disease states.  Are they being trained to understand the many stages that someone will go through before they get to that disease state?  I’ don’t believe that they are.

Our Health Sits on a Continuum, not in a place of Health or Disease

Great work in the area of health and wellbeing is being done in the field of natural medicine, the so called “alternative practitioners”.  These people are recognising that a person’s health sits on a continuum with many stages in between health and disease, and if laboratory results are not proving something, they are still recognising the imbalanced signs and symptoms that someone may be feeling and addressing those.  Our health and potential disease is not a simple black and white process.

“Technical debate should not stand in the way of healing those in need. Simple logic points to the existence of a sub-clincial state of adrenal weakness, regardless of whether laboratory testing is currently sensitive enough to detect it. The debate of whether to call this sub-clinical state Adrenal Fatigue, adrenal burnout, adrenal exhaustion, mild adrenal sufficiency, non-Addison’s hypoadrenia, decompensatory syndrome, mind-body syndrome, or tension syndrome becomes insignificant if one focuses on the big picture: healing the patient. For the time being, we call it Adrenal Fatigue because that is the most logical name due to the close assocation of our understanding of adrenal function.”

Thank you Dr Michael Lam for being a forward thinking doctor and getting down to the business of helping people get well.
You can find his 2 part article on what he thinks about this topic, below.

If anyone questions you and tells you adrenal fatigue does not exist, I encourage you to share this post with them as well as Dr Michael Lam’s articles on this topic.

I recognise that you are feeling signs and symptoms from the stress you may be experiencing and I am committed in helping you to find a more balanced way of living that returns you to your natural state of health and vitality.